The conquest of Italy

How a single city was able to conquer the whole Italian Peninsula.

Rome was likely first settled around 1000 BC. The first settlement was built on Palatine Hill because it was easily defended. Over time, the six other hills around Palatine were also settled. As the settlement grew, it became a city. A public area was built between the hills of Palatine and Capitoline that became known as the Roman Forum. 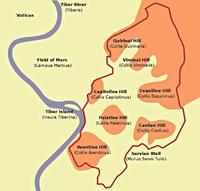 During the early formation of Rome, Italy was settled by many different peoples. These included the Latin peoples (the first to settle Rome), the Greeks (who settled along the coast of Italy), the Sabines, and the Etruscans. The Etruscans were a powerful people who lived nearby Rome. They likely had a significant influence on the culture and the early formation of Rome. Some of the kings of Rome were Etruscan. 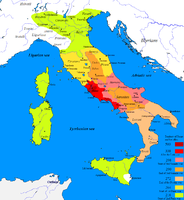 The Roman expansion in Italy covers a series of conflicts in which Rome grew from being a small Italian city-state to be the ruler of the Italian peninsula. A process that took around 500 years.

Conquered territories were incorporated into the growing Roman state in a number of ways:

The successful conquest of Italy gave Rome access to a manpower pool unrivalled by any contemporary state and paved the way to the eventual Roman domination of the entire Mediterranean world.